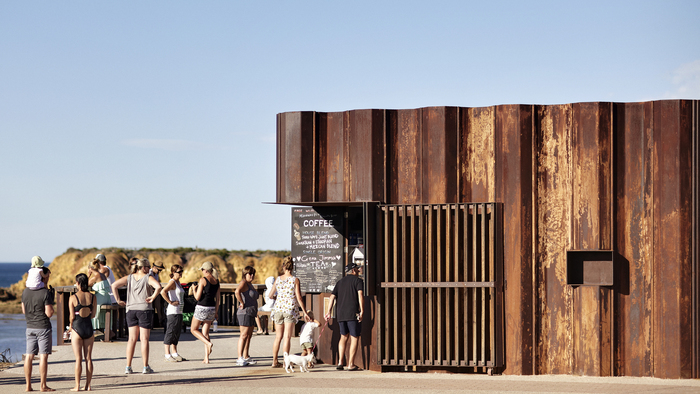 Can someone please explain to me why Aussie cafe design puts everyone else to shame? We’ve talked about this before, but seriously, look at these three delectable designs.

First-off we have Third Wave Kiosk. This reclaimed-chic, totes-adorbs Australian beachside number from Tony Hobba Architects took first place in the “Canteen” category of the recently announced 2013 UK and International Restaurant and Bar Design Awards (for which the whole situation, from category names to the selection of entrants, was rather achingly Anglo). Here’s another look at this beachside stunner: 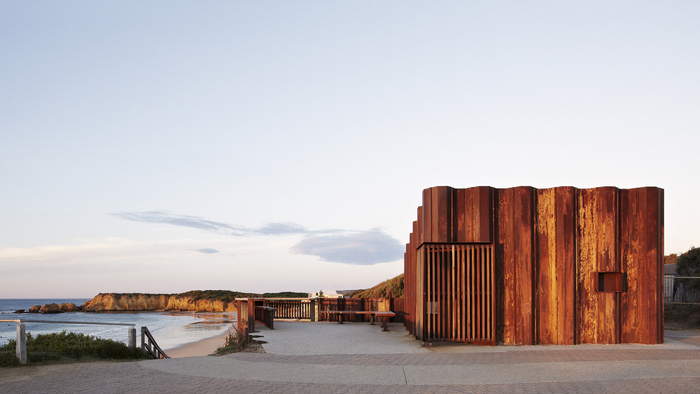 Sitting at that bar with your morning long black looks like it would be about as chill as a cup of coffee can get. Architecture Australia wrote a nice piece on Third Wave Kiosk for their January/February issue. They explore the strong tie to local concerns that underlie the building’s design:

With its rusty finish, the kiosk reflects the weathering of the sea environment and echoes the red cliffs in the distance. It also captures an important element of Torquay – its identity as a place of design and invention. The Australian surfing industry still has its home here and is supported by a subculture of reverence for the sea and the natural environment, technical innovation, experimentation, practical adaptation and new ideas.

They’re serving up drinks made with beans roasted by Cartel Coffee Roasters in Geelong, a city located about an hour southwest of Melbourne. 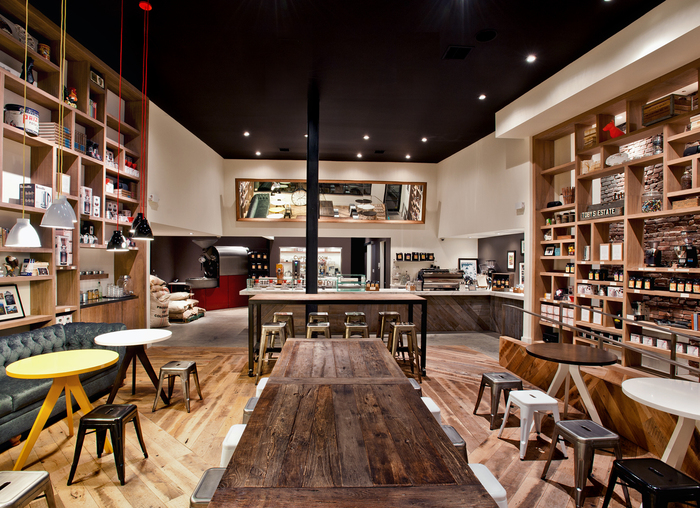 Meanwhile, Toby’s Estate swanky Brooklyn digs were also competing in the same “Canteen” category at the 2013 UK and International Restaurant and Bar Design Awards. It’s not exactly news at this point that Toby’s brought some serious design action for their first entry into North America, but it is exciting to see the cafe continue to be honored internationally. The design nemaworkshop put together for Toby’s has already earned considerable praise, and they received a shortlist nod in the 2013 awards.

Last, but least only in size, we have Tiny Cafe, a cafe literally under a staircase in Melbourne’s hip Collingwood neighborhood. The beans are from Coffee Supreme, who are no strangers to great design themselves, and the whole thing looks ridiculously twee (in a good way). No award nods for this shop yet, but we’re definitely placing them on Sprudge.com’s own internal “I Want To Go To There” must-visit list.

Photos in this feature borrowed from the Restaurant Bar & Design Awards and Tiny Cafe online.