Scenes From The Bloom Coffee E.. 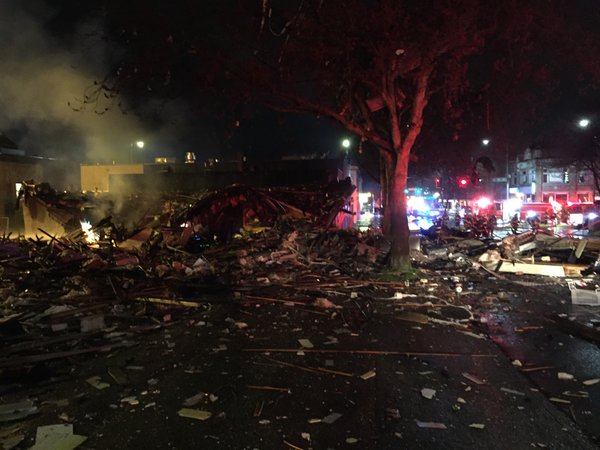 Sad news coming out of Seattle early this morning as an explosion in the Greenwood neighborhood leveled a handful of local businesses, including heavily damaging the beloved Neptune Coffee. Seattle’s Fox 61 reports that Fire officials were on hand during the early hours of the morning to check on a reported gas leak when 40 minutes later, around 2:30 a.m., the explosion occurred, destroying the nationally renowned multi-roaster café and injuring nine members of the fire department. Thankfully, none of the fire department suffered any serious injury and all are expected to be released from the hospital later today, and no civilian injuries have yet to be reported.

Folks living nearby compared the explosion to anything from earthquake to a bomb detonating. Residents have since been evacuated, and the Puget Sound Energy company is in the process of determining whether there was an issue with the gas line or if something inside the building malfunctioned causing the explosion. A GoFundMe campaign has been started in hopes of raising $20,000 for the displaced Neptune staff. Everyone here at Sprudge sends our most heartfelt condolences to Neptune and all the other businesses affected by the explosion, and we are very grateful that no one suffered any serious injuries.