We Are Living In The Golden Ag..

15 Coffee x Clothing Collaborations That Should To...

Two weeks ago Toby’s Estate announced their first cafe in Manhattan, a fancy coffee bar to be located inside the conceptually revamped flagship store for Club Monaco. Not one month earlier, Urban Outfitters put a coffee bar serving Kickapoo Coffee in their 5th Ave Manhattan store. And now La Colombe has opened their first Chicago retail venture inside the new Haberdash neo-gentleman’s club retail experience. While fine coffee in a clothing store is really nothing new – think London’s Prufrock Coffee at the front bar of Present – what was once an isolated service model has now gone full zeitgeist. Somehow 2013 has become the year of coffee & clothing collaborations.

Personally, we’re all for it. Every clothing line should have its own attendant coffee bar! Who wouldn’t want a little caffeinated pick-me-up to help with those marathon shopping sessions? Clearly this is the wave of the future. And so to help spur this revolution on, we’ve put together a list of 15 coffee companies and the clothing lines we think best match their styles. Your demitasse is prêt-à–porter; you need to make it work.

Starbucks at the Gap Heart for The Pendleton Portland Collection

I mean yes, it is an up market version, but it’s still the same old mega-corp when you get right down to it.

They’re both from Europe, they’re both cheap takes on luxury, and their stores both have the same euro trash soundtrack. Fast coffee for your fast fashion. 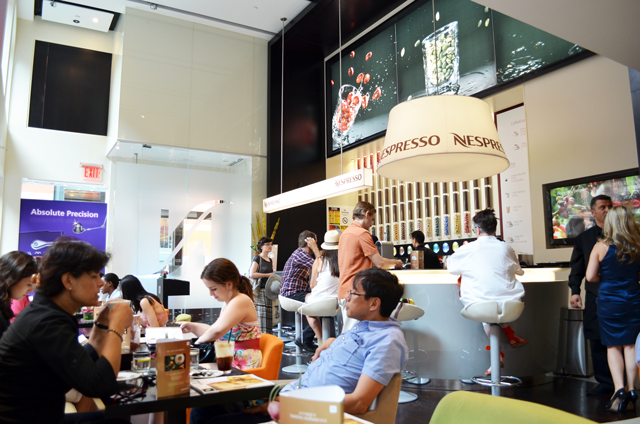 The Barn for Karl Lagerfeld They’re both classic, solidly-constructed and under-appreciated. And they’ve both been on Girls.

Once again this is basically already a thing. They were both started by dapper gentlemen in NYC. They both have a million locations. They’re both kind of gay. 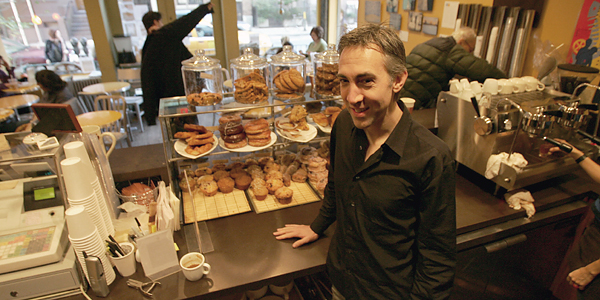 Those undies are hot and so are Koppi owners Anne Lunell and Charles Nystrand.

Which Coffee Booze Are You?